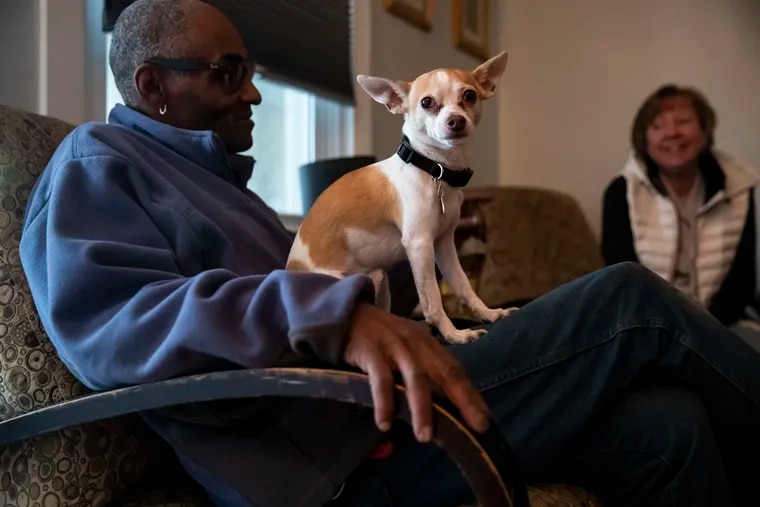 How much do senior pet owners love their pets? So much so that some of them, when in financial difficulty, will put aside their own needs rather than let their beloved pets do without the essentials.

“They don’t buy drugs, they feed their [own] food for their pets, ”said Marianne Iaquinto, founder of Sam’s Hope, a meals-on-wheels-style non-profit organization that provides free pet food to low-income pet owners so they don’t have to choose between feeding themselves and their friends at four legs. The service is one of many in the region looking to respond to a terrible reality:

According to a 2015 study in the Open Journal of Animal Sciences, about 1.2 million pets are returned each year, of which about 73% are given to family or friends or taken to a shelter. About a third of pet owners with incomes below $ 50,000 surveyed said having access to free or low-cost food would have helped keep the pet at home. Another 40% said help with veterinary costs would have done the same.

The heartbreaking result is that too many highly wanted animals are euthanized – and their owners are denied the company of a cherished companion. According to the Centers for Disease Control and Prevention, owning a pet helps reduce feelings of loneliness and depression and may increase opportunities for socialization and fitness.

READ MORE: These teens want to open their own convenience store. Here’s why.

READ MORE: Food is the language these lovebirds share with others throughout the year

So many of Sam’s Hope’s clients are “homebound and isolated,” said Iaquinto, who founded the agency in honor of her “only” dog, Samantha, who died in 2012. The charity serves seniors in Bucks, Montgomery, and Philadelphia counties who need nutritional and veterinary assistance for their dogs and cats.

Located inside a former military installation in Warminster, the shelves of the association’s small office are overflowing with large bags of pet food, treats and – for cats – litter. Volunteers break down and repackage the treats into small packages, which are then distributed to area pet pantries, designated human food cabinets, or a second Sam’s Hope location for pickup. For approximately 320 Sam’s Hope clients unable to travel, the association will deliver food directly. In total, over 60,000 pounds of kibble and cans went to the needy last year.

Sam’s Hope provides each customer with a two-month supply of food. While it’s meant to supplement a pet’s diet, for some pets – whose owners live on less than $ 1,000 a month – it’s their only source of nutrition.

“Those we work with are all homebound,” said Ellen Rosenzweig of KleinLife, case manager for the home support program. “We have people who live for their animals. They rely on them for their companionship and love.

Other groups in the Delaware Valley also offer pet food assistance to low-income pet owners (although not all provide it), including the Providence Animal Center in Media, founded in 2010, which supplies the Loaves an Fishes pantry in Prospect Park. And three senior centers in Phoenixville, West Chester and Coatesville are participating in a pet food assistance program through Henry’s paws, co-founded last year by State Senator Andy Dinniman and the Pennsylvania Veterinary Foundation.

On a recent day, Sam’s Hope volunteers Pat Vertlieb and Diane Suzuki (along with their dogs) joined Iaquinto at the Sam’s Hope Warminster facility to divide up food allocations for cats and dogs. Any kibble that touched the ground was immediately swallowed up by Spike, Vertlieb’s Chihuahua-pug mix.

“All orders are made specifically to customer needs and [the weight of] their pet, ”said Vertlieb, and customers must accept the food offered to them – demands for specific food brands cannot be met.

Among Sam’s Hope’s 25 volunteers are 18 delivery people, including Leslie Woods.

“I have a long-standing love for dogs, and [volunteering] is an extension of that, ”said Woods, 62, who lives in Roxborough and has also volunteered at shelters and rescues. Every two months, she gets into her blue Chevy Cruise and delivers pet food to homes in Philadelphia’s Tacony neighborhood.

“I feel like at some level I’m preventing some animals from having to be returned,” Woods said. “That’s the advantage for me.”

Upon her delivery in January to the home of retired jazz musician and songwriter Eugene Rizzo, 79, Woods was greeted by her dog Simone, who spun around the living room with excitement. It wasn’t until Woods let the dog into the spacious yard that the puppy calmed down.

Simone came into Rizzo’s life when a visiting nurse asked him if he would adopt the dog, whose former owner was no longer able to care for her. Sam’s Hope’s food delivery, Rizzo said, made her answer “yes.”

Simone, who barks with every knock or noise outside, gives Rizzo a sense of comfort in a tough neighborhood, Rizzo said. But even more, she gives him company.

At Woods’ next stop, a townhouse a few blocks away, a snack-obsessed Chihuahua named Tray was waiting at the door when Woods arrived.

Young, a retired Philadelphia Gas Works meter reader, has diabetes. Without Sam’s Hope’s help, he said, it would be difficult for him to provide quality food to Tray. In the past, he shopped at the dollar store and occasionally shared his own food with Tray, putting his own health at risk.

“I don’t like giving him table scraps,” Young said.

The Pet Food Delivery Market Could See a Big Move