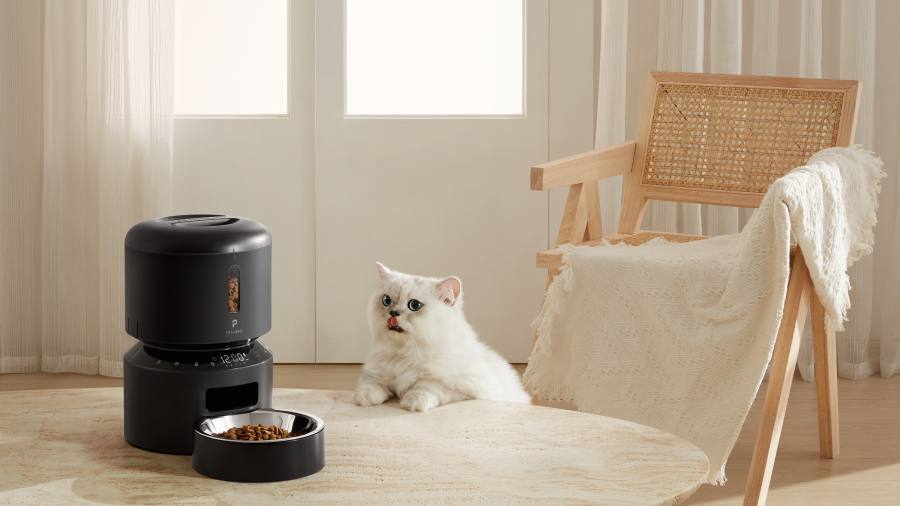 Five perfect gadgets for your pets

How are you pet?

While I’m not advocating for pet owners to avoid hand feeding Rex or Whiskers, there are times when automatic pet feeders come in very handy. One of the newer options on the market, Petlibro’s Granary WiFi Charger means you can maintain the strict diet you’ve established for your furry friend while working from home, even when you return to the office. It is also ideal if you are going away for the weekend and you prefer not to leave the task of filling the bowls to your neighbor.

With a sleek look reminiscent of an espresso machine, this vertical feeder – the second generation model of petlibro – includes a container attached to a bowl. Needless to say, it’s sleeker than the “Kenl-Mastr,” supposedly the first mechanized pet feeder, invented in 1939 and stocked at Bloomingdale’s. A New Yorker shopping article described it as “a covered dog food plate that opens its lid at mealtime if you remember to set its alarm clock timer.”

Petlibro’s model does more than pop a lid. Once you load the kibble box – it works with dry food – the fun begins. Everything is programmed via buttons on the machine (which can be a little finicky) or via an app, which is great for redeeming yourself on the run. (There’s also a cheaper, non-Wi-Fi version.) And you can make an audio recording to have your voice announce each meal.

A backup battery will kick in in the event of a power outage, the food tray can be thrown in the dishwasher, and the parts are pleasantly sturdy, with a stainless steel bowl that isn’t easily knocked over by a wayward paw. More importantly, it has Fort Knox-like levels of security. A twist-lock lid and special sealing strip keep moisture out and kibble fresh for around two weeks, which is about as long as the five-litre supply will last anyway ( you get a notification from the app when stocks are low). But please don’t leave your moggy alone for so long. Petlibro Granary WiFi Feeder $89.99 (non WiFi version from $65.99), petlibro.com

Does Fido want a Fitbit? That’s basically what this smart collar is. It uses non-invasive radar sensors to monitor vital parameters such as respiratory and heart rates, as well as sleep patterns and quality. Pet owners may want to know such things considering that 10-20% of dogs are at risk or already have heart disease. Like many competitors, the Invoxia has GPS tracking, but few other collars are able to monitor biometric stats as it usually requires close skin contact and annoying fur. The collar works via an app but has one major caveat: it’s only for medium and large dogs. Available in the US, UK and Europe from September. Invoxia smart dog collar, £99 plus £12.99 monthly subscription, invoxia.com

It looks like a retro-chic washing machine, but this contraption might be the best automated cat litter you can buy. After your cat has done its job, the machine spins silently, moving the contents into an odor-proof drawer and sterilizing itself with bacteria-killing UV light. (Don’t worry: weight sensors ensure the drum won’t start humming until the cat is out.) When the drawer is full, after about a week, you’ll get a notification from the app to To take it out. But don’t leave it that long unless absolutely necessary, huh? The app also lets you track your cat’s activities by tracking their weight and bathroom activity to help you keep tabs on their health. Smarty Pear Leo’s Loo Too, $599.99, smartypar.com

If your cat isn’t just chasing a ball of string, German brand Trixie makes interactive plush toys that provide Netflix-like levels of entertainment for pets. His classic animated model is a battery-powered “active mouse” that dashes across the floor, changes direction if it hits something, and pauses when pressed – before restarting after a second touch, so Whiskers doesn’t don’t become complacent. A more recent option is a fish that wiggles irregularly when touched; it will stop automatically after 15 seconds before starting another flop round. Cue an amused cat without the need for bloodshed. Trixie Active Mouse, £13.99; waving fish, £9.99, trixie.de

This new dog cam from Eufy – currently available in the US and Japan – is a remarkable puppy-sitter. (It’s marketed for dogs but would also work for cats.) Working with an app, it provides a live stream in 1080p clarity and has a 170-degree wide-angle lens, zoom function and infrared night vision. A motion sensor tracks your dog and the camera rotates to keep him in the center of the frame. Interactive features, meanwhile, bring the fun: you can call Fido over the built-in speakers and, best of all, use a treat-throwing feature to toss delicious bites up to three different distances. Eufy D605 dog camera, $199.99, us.eufylife.com 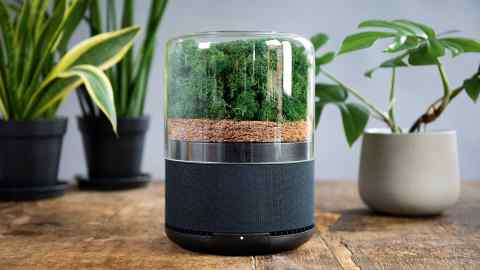