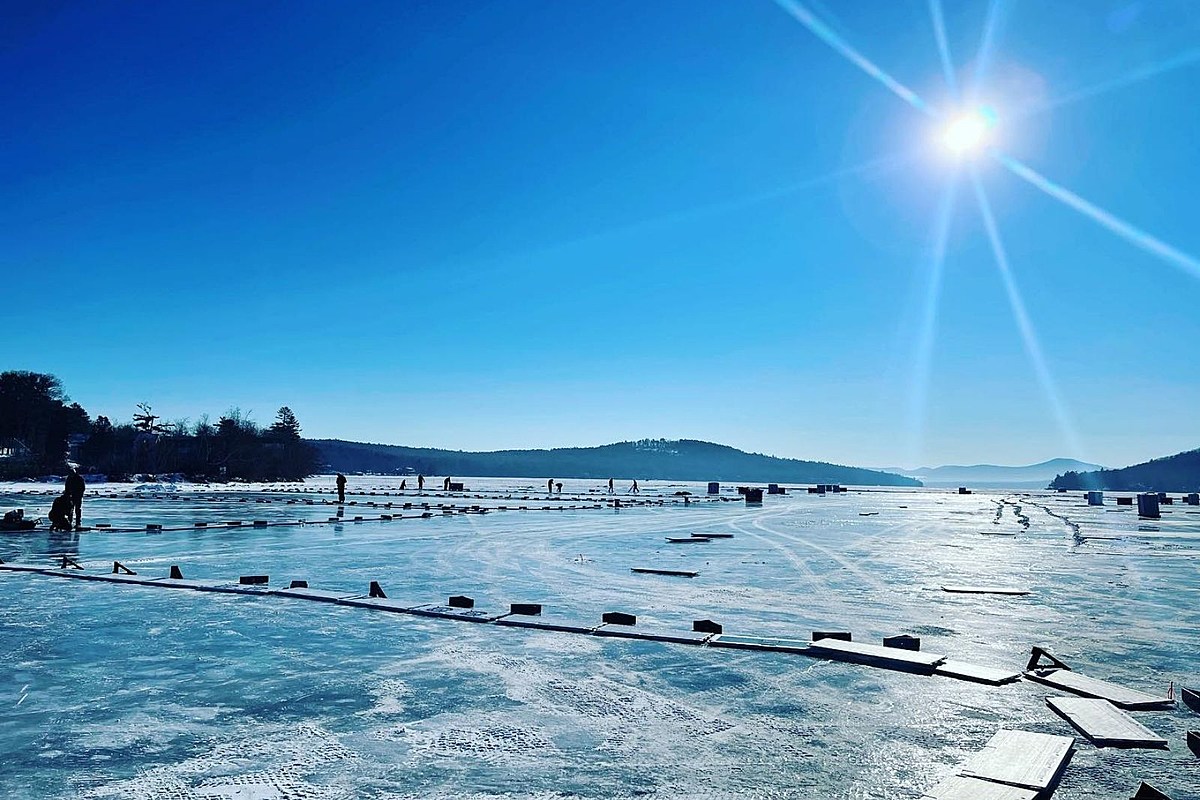 The warm temperatures and mixed precipitation that accompanied weekend snow was enough to cancel this year’s Annual Pond Hockey Classic on Lake Winnipesaukee.

The weight of the piles of snow caused the ice to crack and bend and the water to bubble up creating an unplayable surface.

More than 275 teams would have played more than 500 games from Friday to Sunday. Friday’s games had already been canceled and the rest of the tournament was canceled on Saturday.

“Leaking ice at the ends of many rinks required us to dismantle boards and supports as the ice sank and the water rose. As our crews worked late into the night, the compromised ice became dangerous for us and our machines to continue removing snow from many areas of the venue. The water and slush on the surface began to freeze as the temperatures dropped, creating an unplayable surface,” the commissioner wrote.

Although games were canceled, the tournament still had food available and the Labatt Blue Zone with live music.