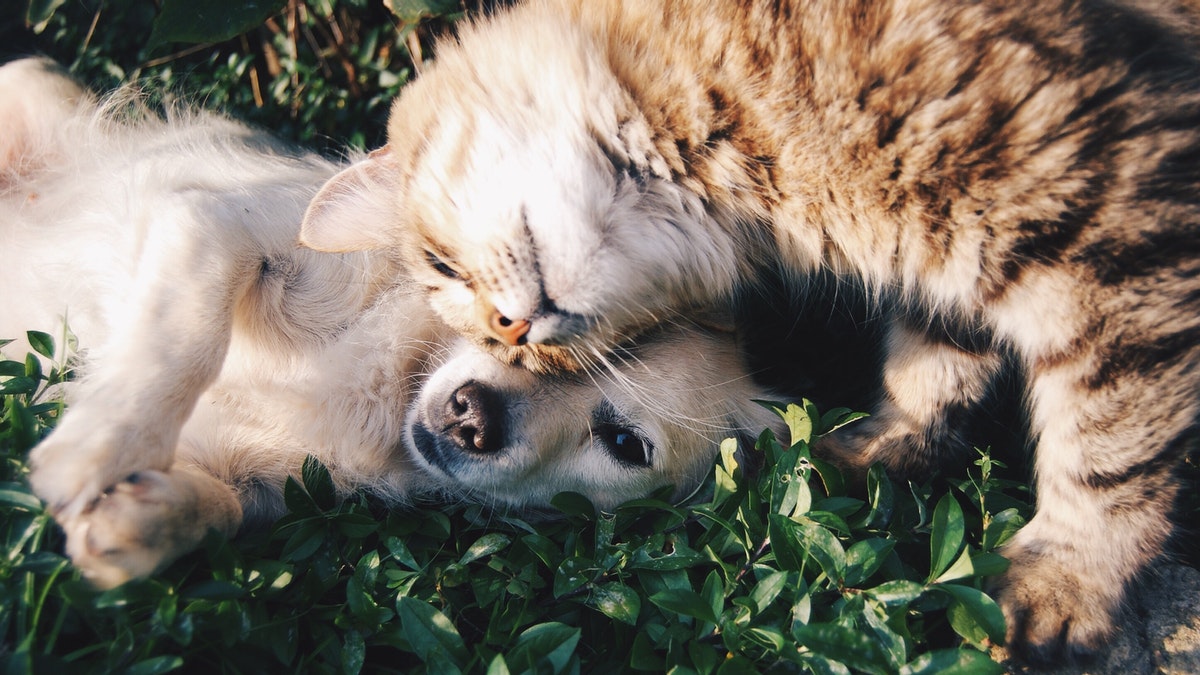 When can puppies and kittens go outside? – Forbes UK Advisor

Having a new puppy or kitten is always an exciting time, whether there are children in your family or not. But when is it safe to take your new pet outside? Find out when the time is right with our guide.

Preparing puppies for the outdoors

If you’re buying a new puppy, in most cases you won’t be able to bring him home until he’s at least eight weeks old. According to the Kennel Club, this is the earliest a puppy should be separated from its mother. And research shows that early separation disrupts a puppy’s physiological and psychological development.

But just because you’ve brought your pup home doesn’t mean it’s safe to take him outside for a walk. For this, you must wait at least two weeks after your puppy has been vaccinated.

Dogs are usually vaccinated between eight and 10 weeks old. Vaccinations come in the form of two doses, about two to four weeks apart. Your veterinarian can advise you on the most suitable vaccination for your animal.

This means you won’t be able to take your pet outside for 12 to 14 weeks after birth, depending on the exact date of their vaccinations and the advice of the veterinarian.

According to the RSPCA, vaccinations are important to protect your pup against nasty illnesses, including distemper, canine parvovirus, kennel cough, leptospirosis and parainfluenza.

In addition to giving your puppy immunity to potentially deadly infectious diseases, vaccination also prevents him from passing these diseases on to other animals.

Why You Shouldn’t Take Your Puppy Out Too Early

The main reason for not taking puppies out before they are ready is that even if they are not yet vaccinated, they will be vulnerable to potentially fatal diseases.

But there are also other risks. The wide world can be overwhelming for a puppy who is still adjusting to his new home and being away from his mother. Rushing the process can lead to problems later.

You also need to make sure your pup is microchipped – this is a legal requirement for dogs.

Your puppy’s first steps outside

Before you put your puppy on a leash and walk him down the street or to the park, you should play with him outside in your yard. This will introduce him to a safe outdoor environment.

Make sure your yard is safe and secure so your pup can’t escape. Regular outings to the garden will also help with potty training.

Once your puppy is two weeks past his second vaccinations, you can start walking him. Keep them short at first. Ideally, your pup will meet other dogs and people and learn to socialize.

Once your puppy gets used to being outside, you can take him on longer walks and enroll him in puppy training.

How much do puppy vaccines cost?

According to insurer PetPlan, the cost of vaccinations for a puppy is normally between £40 and £60, with a booster at six or 12 months of age costing between £30 and £40.

Vaccinations are not covered by pet insurance. However, pet insurance is still worth buying because it can protect you from costly vet bills later if your dog gets sick or has an accident.

The cost of pet insurance premiums will depend on factors such as the breed of dog, the type of coverage you buy and the level of deductible you have chosen – an amount you pay each time you make a claim. .

When can kittens come out?

Letting your kitten out for the first time can be a scary experience. It is therefore essential that you and your cat are prepared.

It is generally not recommended to separate a kitten from its mother until it is at least eight weeks old. But you should wait until he has received his vaccinations before letting him outside.

Although it’s not a legal requirement (unlike dogs), it’s a good idea to have your kitten microchipped before you let her out. This will increase the chances that it will be returned to you if lost.

You may also want to have him neutered – this can be done from around eight weeks.

According to animal charity Blue Cross, kittens need a cycle of two vaccinations to protect them from feline infectious enteritis (which can cause severe vomiting and diarrhea) and feline flu (also known under the name of cat flu). Both are potentially fatal.

There is also a vaccine that provides protection against the feline leukemia virus which can affect the immune system.

Kittens typically receive their first vaccinations at nine weeks of age and their second at around three months.

In theory, you can release cats a week or two after being vaccinated. However, Blue Cross recommends waiting until they are five months old.

Letting your kitten out for the first time

Kittens are small and vulnerable, so the first trip outside can be unnerving for both of you.

Before leaving your kitten outside, work on his recall. Call his name around your house and reward him with a treat and a hit when he comes to you. Some experts suggest letting your cat outside just before mealtime, so you can tempt them indoors with food if needed.

If you have a garden, let your cat explore it before going out into the street. Be sure to cover all ponds and remove harmful elements and plants poisonous to cats. Some cat owners swear by sprinkling soiled litter around the perimeters of your yard – it will help your cat establish its territory.

You need to watch your kitten’s first outing. Stay with them in the garden and be ready to rescue them if they get trapped in tight spaces or stuck in trees or on fences. Consider getting your kitten a quick-release collar that automatically opens if she gets caught in something.

Installing a cat flap and teaching your cat how to use it can give your pet the freedom to come and go as it pleases.

How much do kitten vaccinations cost?

According to insurer PetPlan, the cost of vaccinations for a kitten is normally around £65, with annual boosters costing around £45.

Vaccinations are not covered by pet insurance. However, pet insurance is still worth buying because it can protect you from costly vet bills later if your cat gets sick or has an accident.

What about older cats?

If you’re adopting an older cat or moving with your cat, it’s usually a good idea to keep it for two or three weeks to give it a chance to settle in before going out to an unfamiliar place.

Silgan (SLGN) will publish its quarterly results on Tuesday