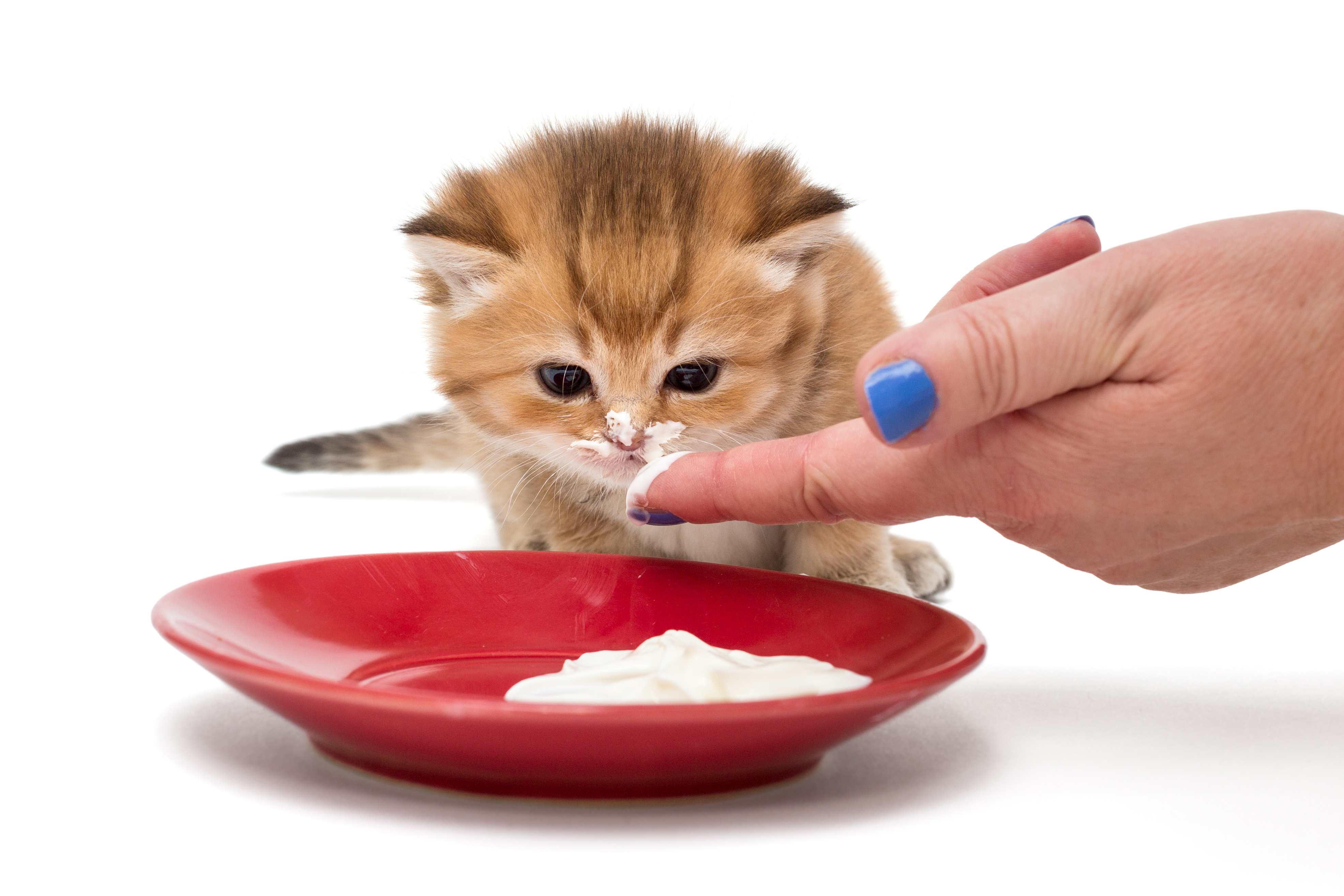 When to start weaning kittens and what to feed them

All kittens will reach a point where they are ready to stop consuming their mother’s milk and switch to solid kitten food. But it is important to wean them carefully from milk before this change in diet.

Dr. Carling Matejka, a veterinarian who is a spokesperson for pet food company Solid Gold, said Newsweek: “During the first weeks of a kitten’s life, it must rely on its mother’s milk to provide it with all the nutrients it needs.”

Transitioning a kitten to solid food is a slow, gradual process that typically takes between four and six weeks, she said.

Here, feline experts explain when and how to wean kittens.

When should kittens be weaned?

Kittens can start being weaned from around four weeks old, Matejka said.

Vicki Jo Harrison, president of the International Cat Association, said Newsweek: “When the kittens are ready to be weaned, you may notice that they have become more mobile and can stand up while holding their tails. They will also start to fetch food from their mother.”

What should I feed the kittens?

“These formulas contain the highest levels of calories, protein and calcium that growing kittens need,” she said.

Kittens need a specific ratio of nutrients to develop into a healthy adult cat. Matejka said, “Nutritional deficiencies can have lifelong and sometimes fatal effects.”

Below are the three key nutrients a kitten needs for growth, as listed on the website of VCA, one of North America’s largest animal hospital chains that operates more than 1,000 animal hospitals in the United States and Canada.

The VCA website states, “You should also avoid foods that produce a urinary pH below 6.2.” Your veterinarian can help you determine the pH levels of foods you want to feed your kitten.

Matejka said that while kittens are developing their teeth, they can’t always eat enough hard foods to get the nutrients and calories needed for growth. Young kittens should therefore receive a mix of dry and wet food in their diet.

“Cats are also particularly sensitive to food texture. It is recommended that kittens be provided with different food textures early in life so that they don’t object to certain types of food later on,” she said.

How to wean kittens

Matejka said you can start the weaning process by first separating the kittens from their mothers for an hour or two, remembering to make sure they have their own litter box, food and water. water.

“Be careful because removing a kitten from its mother too quickly can cause it to develop behavioral problems such as aggression and anxiety,” she warned.

Over the next few weeks, you can slowly increase the separation time as the kittens get used to being separated from their mother.

Around four to five weeks of age, you can start giving kittens some formula in a shallow bowl. Do not use cow’s milk as it may cause stomach upset in some kittens.

says Matejka. “You may need to encourage the kittens to drink by dipping your finger in the bowl and offering to lick it.”

“Smear the mixture around her mouth with your finger and let her lick it off. Supplement with formula if the kitten isn’t taking the new food, to make sure she’s getting enough calories,” she said. declared.

Matejka said that over time you can slowly increase the amount of wet food compared to formula.

“After a week or two of soft food, your kitten should eat only slightly moist food. At this point, you can leave in small amounts of dry kitten food and formula,” Harrison says.

When is a kitten ready to eat only solid food?

Once kittens are eight weeks old, they are able to digest and absorb the nutrients they need from a kitten-only diet and no longer need their mother’s milk. They should be fed primarily a kitten-specific diet (more than 90% of their calories per day) until they are finished growing.

Most cats are adults between 10 and 12 months of age, and it’s safe to switch to an adult diet once they’re that age, the vet said.

Harrison said, “It’s important to maintain the feeding protocol for the first 12 months as kittens continue to develop throughout their first year.”

Other Key Elements and Precautions for Feeding Kittens

Here are a few other things to keep in mind when feeding kittens, as noted by Matejka:

4 things to know about your pet insurance coverage