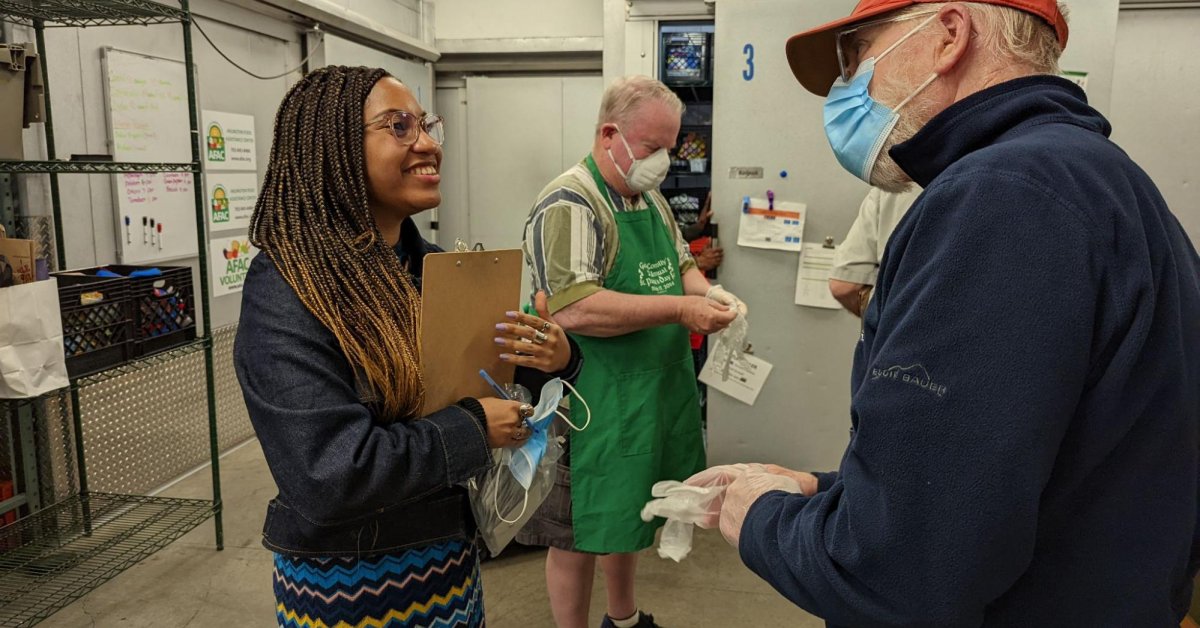 Liz Paquette felt distraught when she walked into her academic advisor’s office two years ago to ask for his help finding an internship. She told him that she had only one requirement: the company had to treat its employees, its customers and the planet well.

Paquette did the research with her adviser at Assumption University in Worcester, Mass., and they found an internship at organic yogurt maker Stonyfield Farm, near Londonderry, NH But they also found she had a lot competition: Some 212 other like-minded benefactors applied for the same role.

Paquette persevered and landed the internship. But the company’s mission to better the planet, which she says she saw and experienced at Stonyfield, helped her make an even bigger decision. She accepted a full-time job at Stonyfield when the company made her an unexpected offer.

Liz Paquette, associate brand manager at Stonyfield, says she joined the company primarily because of its “doing good” philosophy.

If a company can be labeled a benefactor, Stonyfield wears that label like a badge of honor.

Especially on environmental issues. Over the past five years, he has donated millions of dollars to help convert ball diamonds and parks in 40 US cities to pesticide-free maintenance. It is committed to building a carbon positive dairy supply chain and reducing its carbon footprint by 30% by 2030. It has invested nearly millions of dollars in training the next generation of producers dairymen, some of whom do not even supply Stonyfield with milk.

“I fell in love with their mission,” says the 24-year-old who, in less than two years with the company, has risen from Associate Portfolio Manager in Sales to Associate Brand Manager in Marketing. “It’s important to work for a good company because it can do good things on a bigger scale than me individually.”

Many workers no longer just want to work, they want to do good. According to a recent McKinsey & Co. study, some 70% of Americans say they set their goals through work. Millennials, in particular, look for opportunities in their work to contribute to what they believe to be their suggested larger goal.

Welcome to the new American workplace, where making a positive impact and embracing a sense of purpose are mandatory to attract young workers, who demand employers demonstrate purpose beyond profit.

The symbolic essence of this wellness culture can be summed up in a simple gesture: do you wear — or take off — your company badge when you go out for lunch? If you decline the badge, that’s a pretty telling sign that you don’t approve of your company’s actions, Schaninger says.

Good deals. The answer to a revealing question that a Gallup survey recently asked of workers proves it: does your organization have a positive impact on people and the planet? Only 43% of respondents agreed. For today’s employers, who already have a hard enough time hanging on to workers, this can be deadly. Employees who agree with the question are twice as likely to be engaged in their jobs and 5.5 times more likely to trust their company’s management, says Jim Harter, chief workplace scientist at Gallup.

Employee expectations at work have fundamentally changed, especially since the onset of Covid-19, says Harter. “This is a real opportunity for organizations to experience the next new normal.”

Millennials and Gen Z workers don’t just talk about doing good. Perhaps no one knows this better than former Stonyfield CEO Gary Hirshberg, who co-founded the company in 1983. The 67-year-old, who describes his current role at Stonyfield as an organic optimist in leader, and who recently announced his intention to run for governor of New Hampshire. , says he’s never seen a generation so driven to do good at work.

“Ever since millennials began coming of age around 2000, there has been an epidemic of interest in doing good,” says Hirshberg. He is a key investor – or sits on the board – of 25 companies, and each of them has young sales and marketing chiefs who have very specifically chosen not to go “the Procter & Gamble route,” he says, and earn much less because their main goal is to make the world a better place.

Now, big companies are also embracing these same concepts, mostly because millennials are embracing them, says Hirshberg. But they must also be authentic in their actions. “Companies that play fast and loose do so at their peril,” he says. “Not only can these young people find out if you are authentic, but they will never forgive you if you break their trust.”

Authentic cannot be ambiguous. Just ask Starbucks. Although the coffee kingpin remains a leader in its field offering health care and tuition benefits even to part-time employees, Starbucks is currently making less headlines for years of effort at name of its employees, than when a site votes to unionize. He also kept an eye out for the well-being of his coffee farmers around the world as well as the well-being of the planet. In 2020, Starbucks announced its commitment to reducing our carbon, water and waste footprints by 50% by 2030.

Perhaps the most intriguing are Howard Schultz’s actions since his recent return as CEO. He announced the end of a multibillion-dollar stock buyback program that benefited investors far more than employees. Schultz said the company would instead invest in its employees and stores. “Our vision is to once again reinvent a one-of-a-kind business where the value we create – for each of us as partners, for each of us as customers, for our communities, for the planet, for shareholders, it’s because our company is designed to share success with all of us.

Schultz also announced plans to take a listening tour and meet with employees around the world to hear their ideas “on how to build that next Starbucks.” Then, he said, Starbucks employees at all levels would come together to “co-create a future of mutual prosperity.”

While skeptics might suggest these actions might be more aimed at avoiding greater unionization, Shultz’s actions suggest he knows doing good has become an even bigger magnet for employees.

In a global survey last year, the Boston Consulting Group (BCG) asked 6,000 people what qualities they expect most from their leaders at work. The four core qualities all relate to what BCG calls the actions of the “heart” (emotional well-being), says Debbie Lovich, managing director and senior partner. Respondents said they mostly wanted more recognition, coaching, listening and attention from their leaders.

There’s still a huge gap between what employees want and what employers are doing, but thanks to the pandemic, it’s finally starting to close, Lovich says. “No leader can ignore the need to do good.”

Even some companies and organizations whose sole mission is to benefit humanity are looking for ways to do even better and attract new employees because of it.

Chabeli Wells wasn’t sure what she wanted from her first employer, but after interning at a lobbying firm for a major tobacco company in Richmond, Virginia, she quickly knew what she wanted. doesn’t want to. “I learned to ask myself: what kind of work are they doing and am I okay with it? »

The 24-year-old answered that question when she started her first full-time job as a volunteer coordinator at the Arlington Food Assistance Center (AFAC), a food bank in Arlington, Va., which distributes weekly food to 2,400 local families. “I want a career that I’m proud of – knowing that I’m actively, not just passively, helping others.”

Wells says she was not only drawn to the charity’s mission to feed families in need, but specific sections of the organization’s employee handbook that demonstrated they also cared. their workers and the planet. It may seem like a small thing, she says, but she was drawn to the charity’s composting of her food scraps. “My generation is frustrated with the state of the planet and wants to make it a viable place to live,” she says.

Then she saw something in the manual that really impressed her: up to three days of bereavement leave if your dog or cat dies. Charlie Meng, CEO of AFAC, is particularly proud of this advantage, which he calls “Spencer’s Rule”. Spencer was Meng’s beloved cat who died – after which a heartbroken Meng took a few days off to grieve. “We all have deep bonds with our pets. It’s an appropriate thing to do,” says Meng, who even at 70 clearly understands the mindset of her workforce of mostly 20- and 30-somethings.

Meng instituted “Spencer’s Rule” shortly after death. It has been in place for several years and only three employees have applied for pet bereavement leave. Employees may not use it much, but they still recognize it for what it is: a signal that they work for a company with heart, Meng says. “A little generosity goes a long way.”

This is precisely why Wells says she works there. “I would much rather be happy in my job than worry about what the money looks like,” says Wells. “A lot of my peers feel the same way.”

Smart companies are figuring it out: doing good apparently does good everywhere. In some workplaces, it may even be the tail wagging of the dog or the cat.